In September 2016, two British Council Collection exhibitions opened in Letterkenny and Sligo in Ireland as part of Perspectives, a programme of visual arts and literature that promotes and celebrates cultural relations between the UK and Ireland.

The visual arts element of the programme connects four regional art galleries – one from each province in Ireland – to each curate an exhibition from the British Council Collection. The Glebe House and Gallery in Letterkenny, The Model Gallery in Sligo, Limerick City Gallery and the Highlanes Gallery in Drogheda are the partner galleries.

Subsequent exhibitions open at the Highlanes Gallery on 25 November, followed by Limerick City Gallery on 9 February 2017.

As part of this project, each gallery contributes works from their own collections to be exhibited at the exhibition space in British Council’s offices in London from 28 November to 13 January.

Find out more about the British Council in Ireland 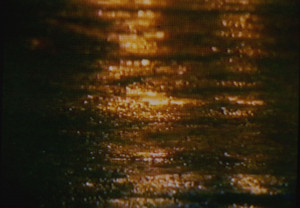 Tell Me What You Want, 1996, Willie Doherty, part of the exhibition 'Babe Rainbow', on view at Glebe House and Gallery, Ireland