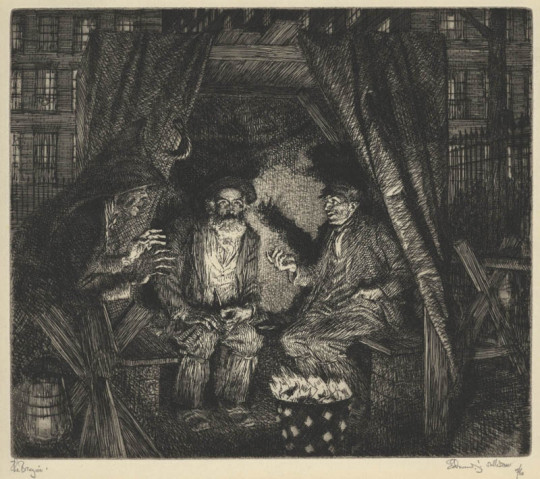 Edmund Sullivan was born in London. He studied under his father, the artist Michael Sullivan, in Hastings, Sussex. He worked for a time as illustrator on the Daily Graphic – but was fired for being too artistic and unconventional. He produced some 50 etchings during the 1920s and The Brazier is considered amongst the best. He was President of the Art Workers’ Guild (1931) and a member of the Council of the International Society of Sculptors, Painters and Gravers. He taught book illustration at Goldsmiths College.