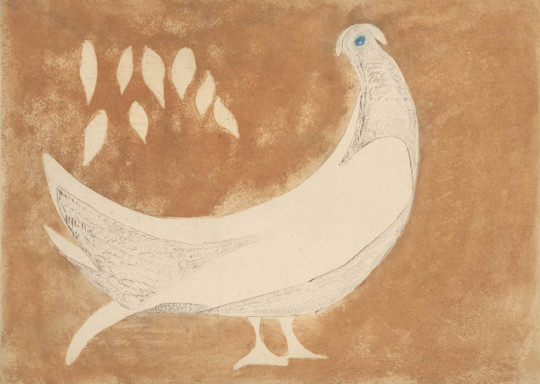 Caroline Lucas studied art in Paris, Rome and London. During World War II she moved to Lewes in East Sussex and established an art gallery with her sister, Frances Byng-Stamper. They staged over 40 exhibitions, which included work by Matisse, Roualt and Duncan Grant, a near neighbour, as well as Lucas’ own work. The sisters had founded the Miller’s Press (named after their house) in 1945 with the purpose of encouraging British artists to work in the little used medium of colour lithography. They commissioned and published prints by a number of artists, including Vanessa Bell, David Jones, Robert Colquhoun and Robert MacBryde; the first portfolio of eight hand-pulled lithographs was published in an edition of 250. In addition they founded the Society of London Painter-Printers in conjunction with the Redfern Gallery, London in 1948.