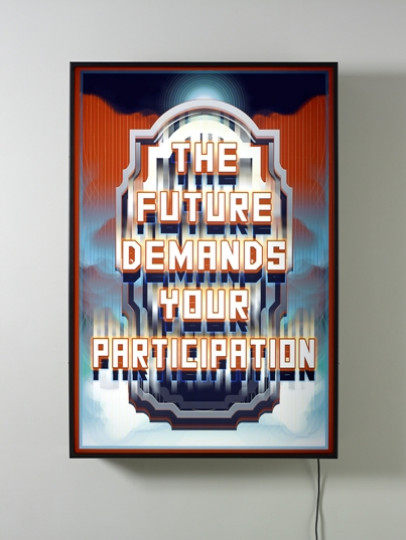 In 1610 Galileo viewed the sky through a newly invented telescope and his observations marked a major turning point in the way that we view the world. The Starry Messenger looks at artists' visions of the universe and its continuing influence on the imagination.

The exhibition begins with Galileo's book, Sidereus Nuncius (The Starry Messenger), and his subsequent meeting with the poet John Milton, as described in the epic poem Paradise Lost. The exhibition explores the dreams and imagination of a Western culture through the visionary paintings of William Blake, John Martin and Odilon Redon, via the utopian worlds and dilemmas posed by science fiction, to contemporary works that question man's knowledge of life on earth.

The Starry Messenger brings together historical and contemporary work exploring the way science and technology shape the way we think about the world as well as considering the artist's role as transmitter of these ideas.

The Starry Messenger is accompanied by an illustrated catalogue, with a specially commissioned essay by the acclaimed science fiction writer Brian Aldiss.