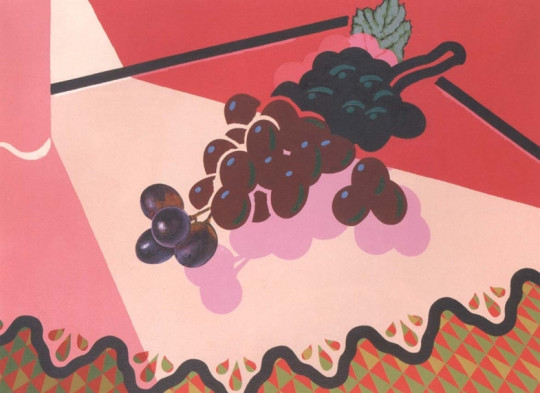 From June 2013, Tate Britain will present a survey exhibition of the celebrated British painter, Patrick Caulfield. From the 1960s, Caulfield (1936 – 2005) has been known for his iconic and vibrant paintings of modern life that reinvigorated such traditional artistic genres as still life. Celebrating the artist’s mastery of colour, graphic elegance and wit, this exhibition will offer the chance to reassess his influences and the legacy of his approach to painting.

Patrick Caulfield will run in parallel to an exhibition on contemporary artist, Gary Hume (b. 1962), offering visitors the chance to see alongside each other two complementary British painters from different generations.

Patrick Caulfield came to prominence in the mid-1960s after studying at the Royal College of Art where fellow students included David Hockney. In the Whitechapel Art Gallery’s defining 1964 exhibition The New Generation he became associated with pop art. However, he always resisted this label, preferring to see himself as a ‘formal artist’ and an inheritor of painting traditions from Modern masters such as Georges Braque, Juan Gris and Fernand Léger who influenced his composition and choice of subject matter.

This exhibition will trace the development of Patrick Caulfield’s distinctive style. Traditional genres such as still life are radically re-imagined to produce images of startling originality. Early on in his career Caulfield rejected gestural brushstrokes for the more anonymous techniques of sign-writers. Works such asStill Life with Dagger 1963 are characterised by flat areas of colour defined by simple outlines.

In the 1970s Caulfield began combining different styles of representation, such as trompe-l’oeil, to create highly complex paintings that play with definitions of reality and artifice.  For example After Lunch 1975 (Tate) features a photorealist image of the Château de Chillon, hanging in a restaurant interior that is depicted in simple black outlines against a flat, two-toned background. This shift in practice coincided with a subtle change in subject matter to topics that directly engaged with the contemporary social landscape and the representation of modern life, and remained his focus for the rest of his career.

Over thirty significant works from public and private collections will be brought together to represent the key moments of Caulfield’s career, including well-known popular paintings such as Pottery 1969 and Interior with a Picture 1985-6. These will be shown alongside lesser known works such as Bend in the Road 1967 and Tandoori Restaurant 1971. The exhibition will also include later paintings such as Bishops 2004 and the artist’s final work Braque Curtain 2005.

Patrick Caulfield was born in West London and studied at Chelsea School of Art, followed by the Royal College of Art.  Major exhibitions during his lifetime included retrospectives at Walker Art Gallery Liverpool and Tate, both 1981; Serpentine Gallery, 1992-3 and Hayward Gallery, 1999.  In 1993 he was elected a Royal Academician.

The exhibition is curated by Clarrie Wallis, Curator (Modern and Contemporary British Art) at Tate Britain. The exhibition will be accompanied by a publication on Caulfield’s work.