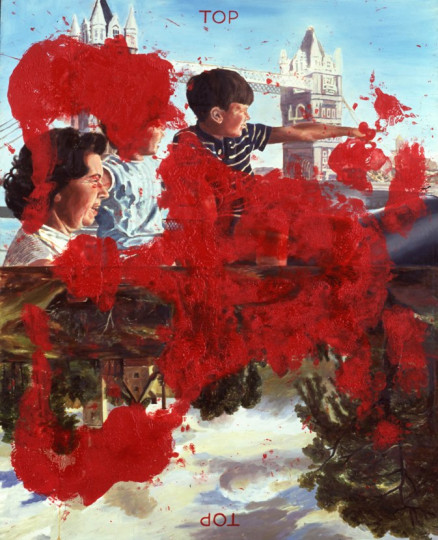 This mid-career retrospective exhibition of Mark Wallinger's work is the most comprehensive to date, and brings together a selection of his work in all media from the past fifteen years. The exhibition includes work previously unseen in this country as well as a major new video installation, Cave.

Wallinger came to prominence in Britain in the 1980s and has since earned an international reputation. He was nominated for the 1995 Turner Prize and recently completed a new piece of work, Ecce Homo, for Trafalgar Square, London. Wallinger will represent Britain at the 2001 Venice Biennale of Contemporary Art .

Wallinger's practice has developed from painting in the mid-1980s, to encompass photography, video, sculpture and installation work in the 1990s. A strong element of political satire and moral commentary underlines his practice and links him to an eighteenth century tradition, exemplified by the work of Hogarth, Gillray and Rowlandson.

Cave is a FACT commission in collaboration with Tate Liverpool made possible with financial support from the Arts Council of England's National Touring Programme and North West Arts Board. For touring details, please contact FACT on 0151 709 2663 or programme@fact.co.uk

Supported by The Henry Moore Foundation