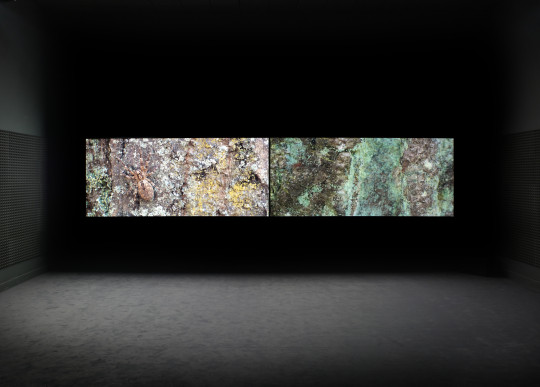 Steve McQueen represented Britain at the 53rd Venice Biennale. For his exhibition in the British Pavilion, McQueen presented a new film entitled Giardini, inspired by the area of Venice where the Pavilion is situated.

Born in London in 1969, McQueen works predominantly in film and is considered one of Britain’s most influential artists. He was awarded the first ICA Futures Award in 1996, the Turner Prize in 1999 and an OBE in 2002.  His work is represented in museum collections throughout the world and he has shown widely in important group and solo exhibitions.  These include Documenta X  and XI, the 50th and 52nd  Venice Biennales, Musée d’Art Moderne de la Ville de Paris, Museu Serralves, Oporto, Fondazione Prada, Milan, and the Renaissance Society, Chicago.

As Official War Artist to Iraq, commissioned by the Imperial War Museum in 2003, McQueen generated international media attention with one of his rare non-film works Queen and Country. His first feature film Hunger, commissioned by Channel 4/Film 4, won both the Camera d’Or and an International Film Critics Federation Prize at the 2008 Cannes Film Festival, in addition to the inaugural Sydney Film Prize, for best film at the Sydney Film Festival.

Steve McQueen is represented by Thomas Dane Gallery, London and Marian Goodman Gallery, New York and Paris. He lives and works in Amsterdam and London.