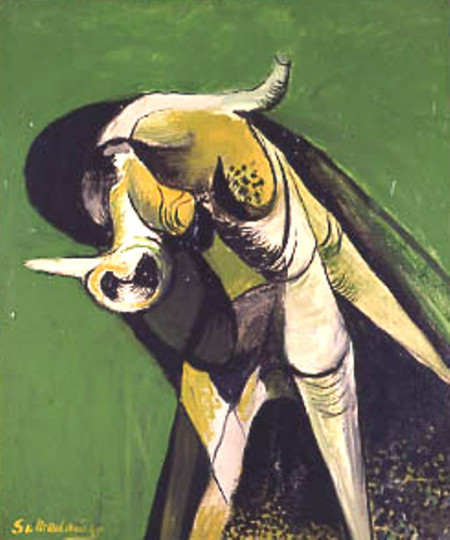 An exhibition of paintings, drawings, prints and posters by Graham Sutherland to mark the 150th anniversary of the University of London. Sutherland had been a student at Goldsmiths' College from 1921 to 1925 hence the emphasis in this exhibition of his early work. The exhibition placed the etchings in context with the works of artists from Goldsmiths' during the 1920s and who were influenced by the work of Samuel Palmer and William Blake, whose work was also included in this exhibition. The exhibition was selected by Nanette Aldred who also wrote the accompanying catalogue. No ISBN number.