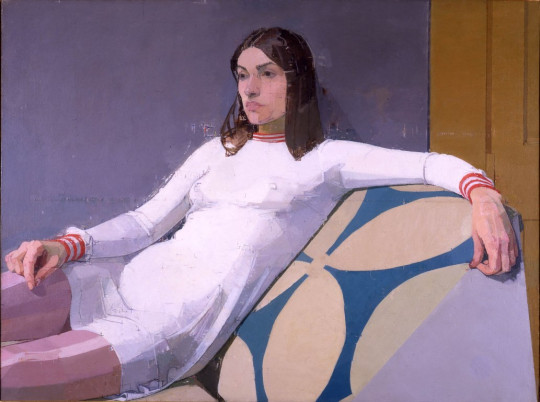 Euan Uglow, who died in August 2000, was one of Britain's most distinguished contemporary painters. There have been relatively few major exhibitions of Uglow's paintings, and a review of the work this important artist is long overdue. Abbot Hall will the first gallery in the country, since his death, to exhibit a major exhibition of paintings selected from the entirety of Uglow's fifty year long career.

Born in London in 1932, Uglow trained at Camberwell School of Art between 1948 and 1950, before receiving a scholarship to the Slade School of Art, where he studied under William Coldstream and was greatly influenced by the painters of the Euston Road School. Working directly from the model in his London Studio, Uglow never strayed from his tradtional subject matter, but his paintings are unique and immediately recognisable for their meticulous technique and precise analytical observation.

Approximately fifty paintings, consisting of portraits, nudes and still-lifes, are on display, as well as a group of Christmas cards. Beginning with an early portrait from 1948, the exhibition includes works from every decade of Uglow's career, and will end with his last completed painting, entitled 'Nuria'.