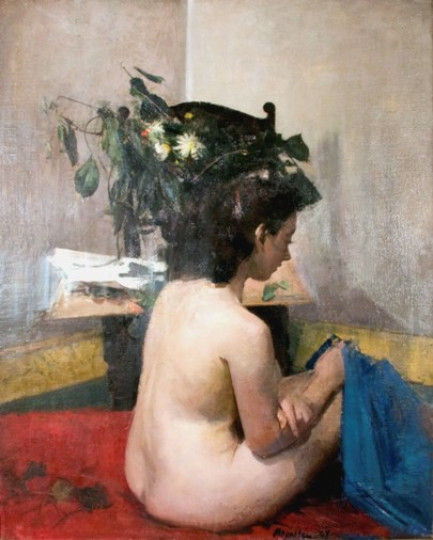 An exhibition selected by David Baxandall, Director of the City Art Gallery, Manchester.  The catalogue introduction explains that both the Arts Council and the City Art Gallery of Manchester proposed to arrange a major collection of works painted between 1925 and 1950 as part ofthe Festival of Britain.  It was mutually agreed that Mr Baxandall should be invited to make a selection in consultation with the Arts Council, and that the exhibition should be shown in both Manchester and London.  For reasons of space at the New Burlington Galleries it became evident that it would be necessary to dicide the exibition into sections, or anthologies as they were called.  For the Second Anthology works were selected ny Hugh Scrutoon, Director of the Whitechapel Arts Gallery.

A catalogue was published by the Arts Council to accompany the exhibition. No ISBN