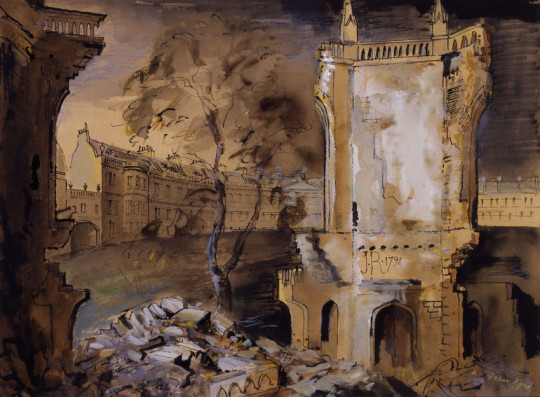 These works of art will be put into context with the help of local people. The Victoria Art Gallery has issued a public appeal for memories from those who lived through the bombing of Bath. They are undertaking an oral history project and incorporating people’s first hand-accounts into the displays, together with objects and memorabilia from the public appeal. The exhibition is supported by a wide number of organisations and individuals. Major public collections have agreed to lend works, including the Victoria & Albert Museum, the Government Art Collection, Imperial War Museum and Tate Britain. Works from the Victoria Art Gallery’s own collections are also included, much of which has not been previously exhibited.