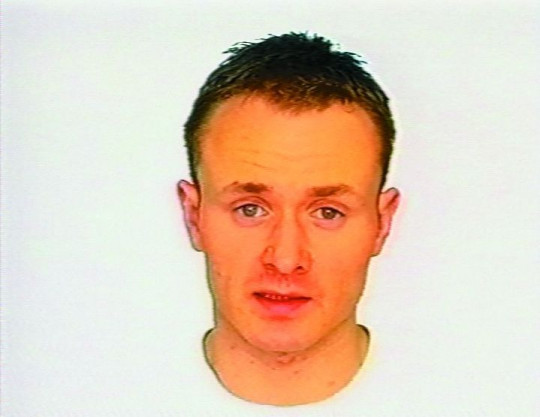 The exhibition was curated by Simon Morrissey with Colin Ledwith, and aimed to highlight some of the most interesting video and film work being made in Britain at the start of the 21st century, and encompassed different trends within the media such as appropriation, performances to camera, observations or documentation, and the moving images’ relationship to other media such as drawing and sculpture. The idea of rooting the exhibition in one form of presentation only – that of single screen monitor based work – provided a formal equality that allowed the fundamental quality of single screen work – a simplicity of physical manifestation capable of encompassing almost all conceptual tendencies – provided a clarifying focus, through which the viewer could examine the plethora of positions within video practice. The exhibition included works by Roderick Buchanan, Adam Chodzko, Mark Dean, Sarah Dobai, Graham Fagen, Douglas Gordon, Graham Gussin, Rachel Lowe, Christina Mackie, Kenny Macleod, Ross Sinclair, Carl von-Weiler. An illustrated catalogue with texts by Morrissey and entries on the artists by Ledwith was published to accompany the exhibition. ISBN 0 86355 454 7; available from Cornerhouse www.cornerhouse.org