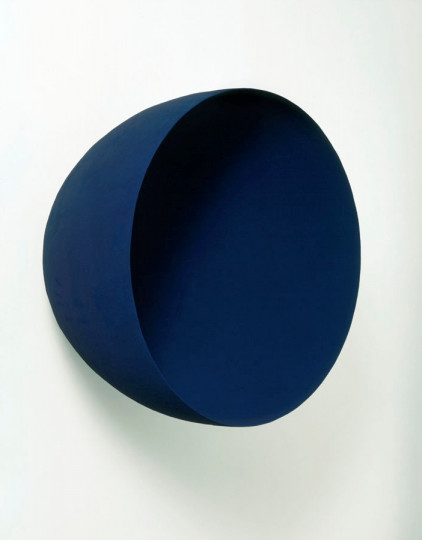 Flashback is a major series of touring exhibitions from the Arts Council Collection, Southbank Centre. Taking as its starting point the Collection’s founding principle of supporting emerging artists through the purchase of their work, the series showcases internationally renowned British artists whose works have been acquired by the Collection. The monographic exhibitions present early pieces from the Collection alongside more recent work to give a unique insight into the evolution of these key figures in British art. Following on from the success of the first Flashback exhibition of work by Bridget Riley, the second artist in the series of exhibitions is the renowned artist and Turner Prize winner, Anish Kapoor.

Anish Kapoor’s sensual and beguiling sculptures are created using a range of materials including pigment, stone, polished stainless steel and wax. Following on from the critical acclaim of his show at the Royal Academy of Arts in 2009, this Flashback exhibition gives an opportunity to explore Kapoor’s earlier works from the Arts Council Collection alongside major sculptures on loan from the artist and from other UK collections. This is the first survey of Kapoor's work to be held in the UK, outside of London.

The show has been selected by the artist in close dialogue with the Arts Council Collection and includes works, such as White Sand, Red Millet, Many Flowers (1982), which demonstrate Kapoor’s early interest in applying raw pigment to a range of organic forms. The sculpture was acquired by the Arts Council Collection the same year and has been lent to many major institutions as a key example of his early practice. Alongside this, the optically illusionary Untitled (1997-98) is a highly-polished stainless steel void embedded into the wall that draws the viewer into a seemingly bottomless reflection and is emblematic of the seamless mirrored forms that have made Kapoor a household name.

An illustrated catalogue, featuring a new interview with Anish Kapoor conducted by Andrew Renton and an essay by Michael Bracewell, will accompany Anish Kapoor: Flashback.