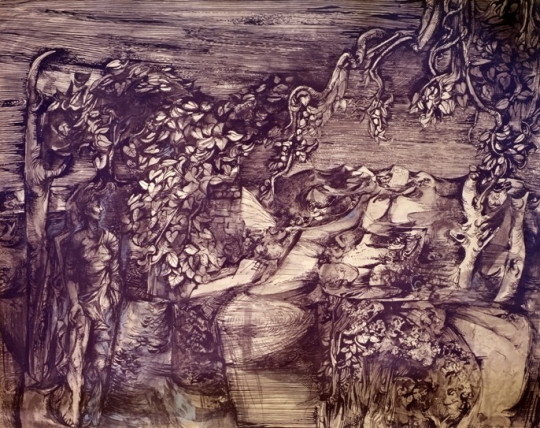 A Picture of Britain, which launches in June, has been developed from the start by BBC producers and Tate Britain curators and comprises a Tate Britain exhibition and major BBC programming, the centrepiece of which is a landmark six-part BBC One series presented by David Dimbleby. It explores how the British landscape has inspired artists for three hundred years and how these artists have come to define how we view the landscape.

A Picture of Britain looks at six regions of Britain through the eyes of major artists, from Thomas Gainsborough, JMW Turner and John Constable to Barbara Hepworth and Henry Moore, as well as less widely celebrated but influential figures. Tate Britain's exhibition dedicates a section to each region and comprises around 250 works including oil paintings and watercolours as well as drawings, prints, photographs, ceramics, sculpture and other material. For the BBC One series David Dimbleby travels the length and breadth of the country to explore the history of Britain's relationship with the landscape in the six regions. The artistic heritage of Britain is brought to life through not only the visual arts but also the words of novelists and poets, and the music of leading composers.

David Dimbleby brings to the project his extensive knowledge of British culture and identity combined with a lifelong passion for art. "I have always loved painting and scenery so working with the BBC and Tate Britain on a project that brings the two together is enthralling. The connection between the British landscape seen by all of us with the naked eye and the same landscape seen through the eyes of artists, musicians and writers is fascinating. In A Picture of Britain I will be exploring these links and looking at their impact on our national character, seeking out the countryside we admire and the reasons we cherish it."

Stephen Deuchar, Director of Tate Britain said: "Tate Britain has worked alongside the BBC on many programmes over the years, but we are truly excited to work on A Picture of Britain in this pioneering way. The collaboration will present a comprehensive view of the landscape of Britain and the extraordinary work produced in response to it by our many great artists. I hope that visitors and viewers will enjoy seeing such a breadth of dramatic scenery depicted by an equally inspiring range of artists."