Ayo Akingbade, Tower XYZ, 2016. © Courtesy of the artist and LUX 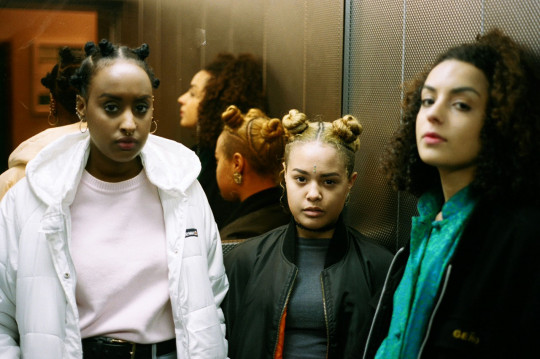 WE ARE HERE is a series of five artists’ film programmes of compilations and installations curated by Tendai John Mutambu for the British Council and LUX, an international arts agency that supports and promotes artists’ moving image practices. WE ARE HERE interrogates how contemporary artists explore themes like national identity, marginality and intimacy through biography, documentary, poetry and fiction in film. Some of the UK’s most outstanding emerging and established artists disrupt old narratives and encourage new global discussions.

SONGS FROM A FORGOTTEN PAST
These works remind us that amongst the ruins of failed historical projects lies the potential for a vision of the future.

RADICAL INTIMACIES
Drawing from the freedom of intergenerational perspectives, this programme explores lives lived outside the norm and celebrates diverse identities, sexuality and gender.

FUTURE ECOLOGIES
Through a mix of documentary, (science) fictional and poetic modes, these works bring together incisive views about our environment, urban futures and sustainability.

THE SPACE BETWEEN
These works embody contemporary art’s ability to convey a range of artistic views – through the mediation of still photography, archival material and sound.