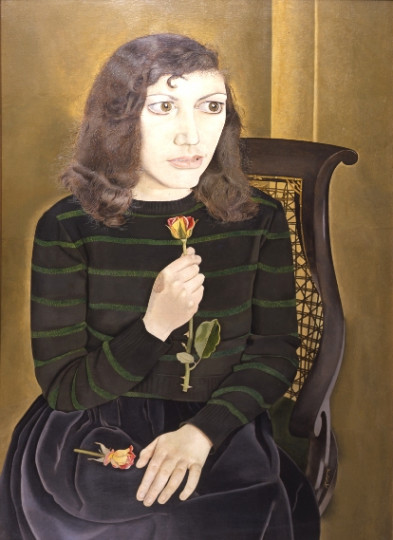 Freud was born in Berlin in December 1922, and came to England with his family in 1933. He studied briefly at the Central School of Art in London and, to more effect, at Cedric Morris's East Anglian School of Painting and Drawing in Dedham. Following this, he served as a merchant seaman in an Atlantic convoy in 1941. His first solo exhibition, in 1944 at the Lefevre Gallery, featured the now celebrated The Painter's Room 1944. In the summer of 1946, he went to Paris before going on to Greece for several months. Since then he has lived and worked in London.

Freud's subjects are often the people in his life; friends, family, fellow painters, lovers, children. As he has said 'The subject matter is autobiographical, it's all to do with hope and memory and sensuality and involvement really'. Paintings in the exhibition will range from Girl with Roses 1948 to Garden, Notting Hill Gate 1997, and highlights include the marvellous series of portraits of his mother, portraits of fellow painters John Minton, Michael Andrews and Frank Auerbach, and other major works including Large Interior W11 (after Watteau) 1981-3. Sharp pictures of his youth will contrast with the works of his maturity, paintings filled with life and liveliness, each in its way a celebration.