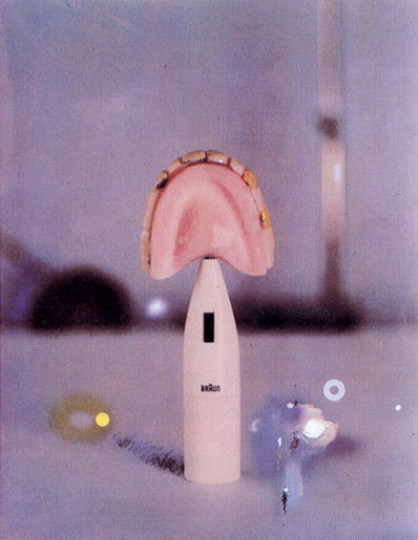 For 40 years, from 1955 until 1995, Dieter Rams designed or oversaw the design of over 500 products for the German electronics manufacturer Braun, as well as furniture for Vitsoe. Audio equipment, calculators, shavers and shelving systems are just some of the products created by Dieter Rams, each item holds a special place in the history of industrial and furniture design and has established Dieter Rams as one of the most influential designers of the late 20th century.

Dieter Rams’ elegant products challenged original concepts of design thought by reducing electrical switches to a minimum and arranging them in an orderly manner, transparent plastics and wooden veneers were mixed and colour schemes were limited to tones of pure whites and greys, the only splash of colour being allocated to switches and dials.

Dieter Rams defined an elegant, legible, yet rigorous visual design language, identified through his ‘Ten Principles’ of good design, which, amongst others stated that good design should be innovative, aesthetic, durable and useful. Heavily influenced by the Bauhaus and Ulm School of Art in Germany, Dieter Rams pioneered a design spirit which embraced modernity and placed functionality above everything else, resulting in designs that were free of decoration, simple in function and embodied a cohesive sense of order. Born in Germany in 1932, Dieter Rams trained in architecture and interior design before joining Braun in 1955 where he took advantage of electronic and engineering advances made during the Second World War to realise a sophisticated re-interpretation of domestic appliances.