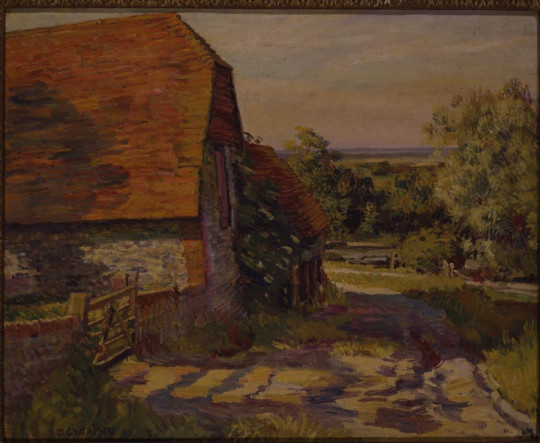 An exhibition of paintings organised by the Arts Council. The exhibition followed a substantial exhibition of the work of the British war artists shown at Burlington House in 1945. There were, however, many artists working during the war whose inclinations and abilities were in other directions and it is the object of this exhibition to show, on a far more restricted scale, a selection of works which are not primarily official records of war.(>From the catalogue introduction).