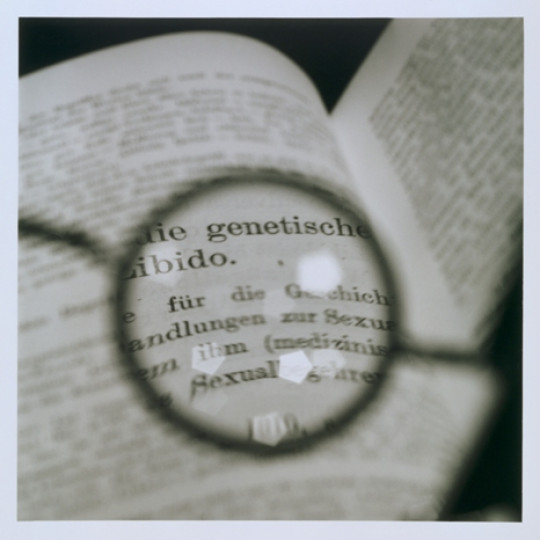 Tomoko Yoneda was born in Akashi, Japan in 1965 but moved to America in the late 1980’s to study Photography at The University of Illinois at Chicago. Following this she completed an MA in Photography at Royal College of Art in London where she now lives and works.
Yoneda’s photographs are evocative and mysterious, hinting at themes of absence and otherness or as the artist states "I have always been interested in nonpresence in an image, in the invisible image beyond."  The work featured here is from a collection called Between Visible and Invisible, in which the artist’s, camera’s and spectator’s eye merges perspectives with a selection of historical visionaries.