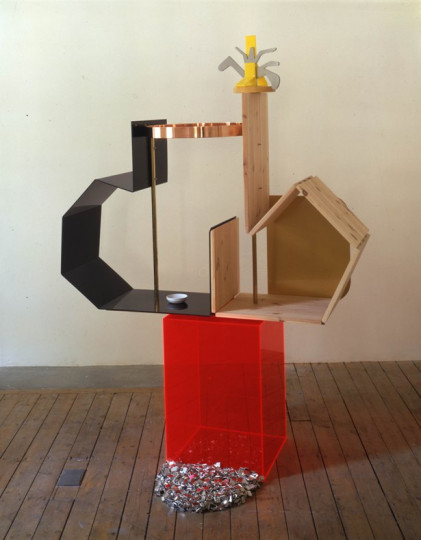 Gary Webb was born in Dorset in 1973 and studied at Goldsmith’s College in London.

He is best known for creating sculptural works using materials such as perspex, resin, polished metals and glass. His forms are abstracted assemblages, beautifully rendered in bright colours, that look like the discarded remnants of a cartoon universe or pshychdelic sweet factory. These curious objects look as if they might have a machenic function but they actually do nothing, they may look vaguely human at times but they have no ability to move or speak. Webb transforms our feeling about the world around us by melding the industrical and the fantastical, working with humour and a childlike vision to create forms that are both curious and aesthetically dazzling.

His works are included in major UK collections including the Tate, the Arts Council and Government Art Collection.

He lives and works in London.