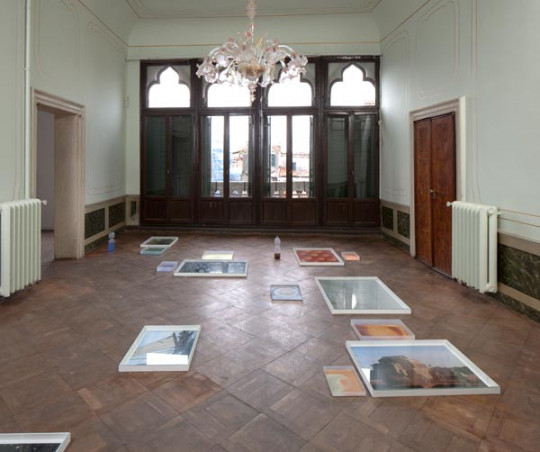 Hayley Tompkins was born in Leighton Buzzard in 1971. She completed an MFA at The Glasgow School of Art in 1998 and lives and works in Glasgow.

Her painted objects transform commonplace things into ephemeral artworks which perform a subtle, painterly occupation of the spaces in which they are shown. Rather than focusing on the set frame of a canvas, objects become containters or surfaces for her interventions; a chair or tree branch is covered in pastel coloured marks or a plastic water bottle is filled with pigmented water in murky shades. Most often, Tompkins paintings are created in plastic trays; the vivid waves of paint creating patterns as the tray is turned and tipped.

For her exhibition in the Scottish Pavilion at the 55th Venice Biennale in 2013, Tompkins presented a series of these paintings alongside works created from stock photography. The works were displayed across the floor of the space, in order to create an experience akin to traversing a beach, 'an expanse of looking' as the artist describes.