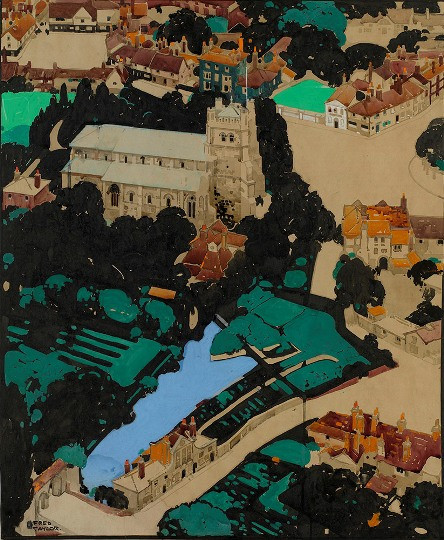 Fred Taylor was born in London and studied at Goldsmith’s College and later worked in the studios of Waring and Gillow. He was commissioned by the railways to promote the architectural delights of regional cities, and had the good fortune to be commissioned by the Royal Mail Steamship Company to travel to South America recording his impressions of the voyage. In addition to poster design he designed murals for the Underwriters’ Room at Lloyds and for the Red Lacquer Room at Austin Reed. He exhibited at the Royal Academy and various other art societies in London, and at the Paris Salon.