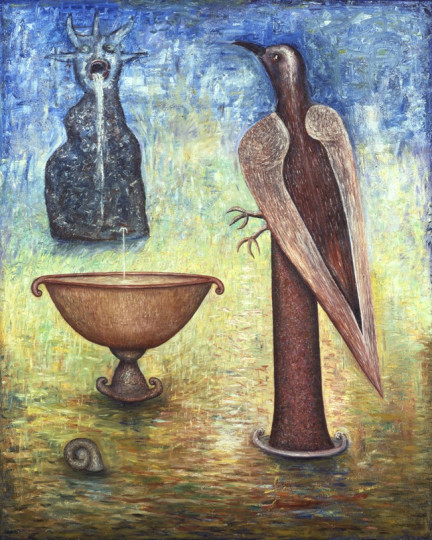 Andrew Stahl was born in London; he studied at the Slade School of Fine Art in London. His first solo exhibition was held at AIR Gallery, London in 1981. He taught for a time at Chelsea School of Art and is Head of Undergraduate Painting at the Slade. In 2000 the British Council supported a residency in Chiang Mai, Thailand. His large decorative paintings of the 1980s are difficult to categorize. They seem to belong to a calm, fixed world that is none the less punctuated with moments of intensity and bursting with growth and sensuality. His repeated motifs are unavoidably symbolic, yet this is never elaborated but left on the level of the still life. The paint surface was often elaborated into a rich patina, which, however, was rarely allowed to overwhelm.