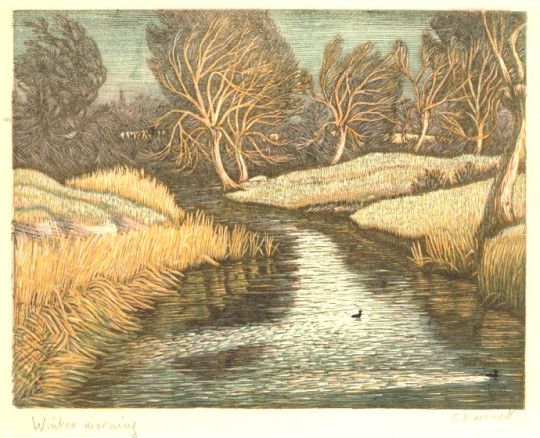 Gwen Raverat was born in Cambridge, granddaughter of Charles Darwin. She was mainly a self taught engraver; but later studied painting at the Slade School of Fine Arts, London and at the Sorbonne where she met, and married, the artist Jacques Pierre Raverat. They remained in France until his premature death in 1925 when she returned to Cambridge. She had complete confidence in engraving as her chosen medium which made her work, although small in size, completely resolved. She contributed illustrations to the Penguin Illustrated Classics series and to her own biography Period Piece, published in 1952. She made few coloured prints and a half a dozen lithographs printed in small editions.