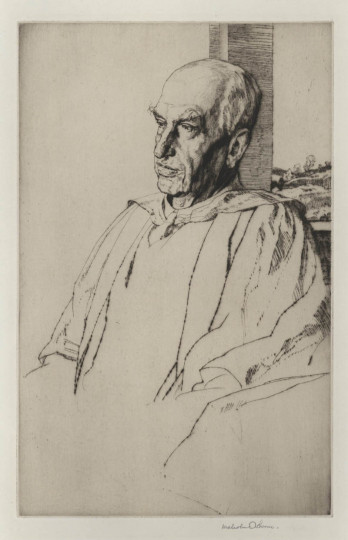 Malcolm Osborne was born in Frome, Somerset. He studied at Bristol School of Art and the Royal College of Art, London, under Sir Frank Short; when Short retired in 1924 he succeeded him as head of the etching and engraving school. Osborne produced just over a hundred prints, including British and European land and townscapes, but it is for his portraiture that he is most highly regarded.