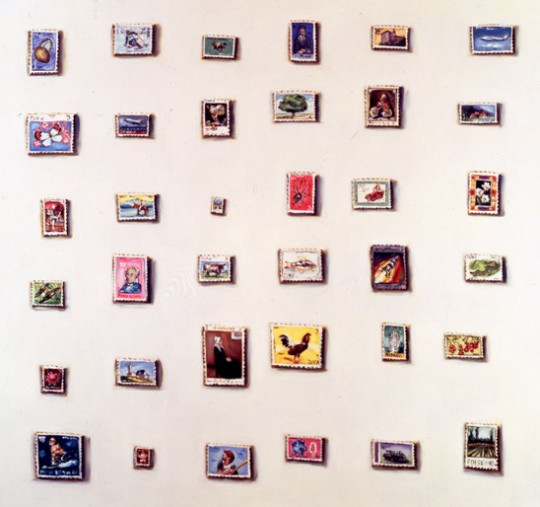 Lisa Milroy was born in Vancouver, Canada. She studied at l’Université de la Sorbonne, Paris and later at St Martin’s School of Art and Goldsmiths College, both in London. Her first solo exhibition was held at Nicola Jacobs Gallery, London in 1984. Her paintings of the 1980s were drawn from her imagination. Her aim was not literal or realist, but poetic and formal. Her chosen subjects, often domestic, are of a type familiar to her over a long period. She does not, however, paint actual items in her possession, but distils her experiences. This distillation, through the process of imagination and the act of painting, imposed a detachment and objectivity that placed the item beyond possession and into memory.