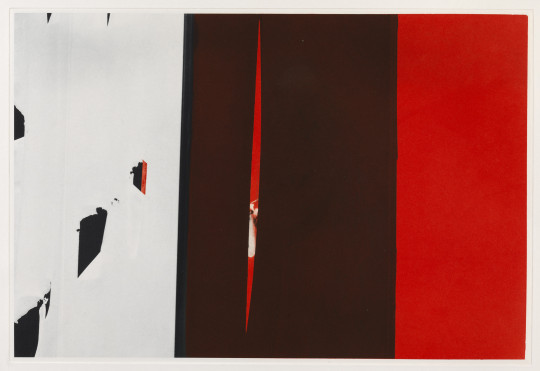 Gustav Metzger was born in Nuremberg, Germany in 1926 to Polish-Jewish parents. A Kindertransport refugee, he has lived in Britain since arriving in 1939. Taking art classes at the Cambridge School of London in 1946, he also received a grant from the Jewish Community in the UK to attend the Royal Academy of Fine Arts in Antwerp from 1948 -1949.

He subsequently attended David Bomberg’s classes from 1950 -1953 at Borough Polytechnic in London. The artist developed the term ‘Auto-Destructive Art’ through manifestoes and actions, notably applying hydrochloric acid to nylon in a demonstration at Temple Gallery in London in 1960. A political activist his artistic work is often motivated by his anti-nuclear, anti-consumerist and environmental concerns. Recently he had a solo exhibition at the Serpentine in 2009 and at the New Museum in New York in 2011 and participated in the Bienal de Sãu Paulo in 2010 and Documenta (13) in 2012.