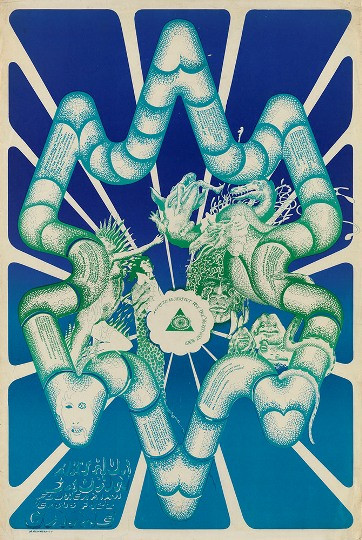 Michael McInnerney was born in Liverpool in 1944, and studied at the London College of Printing. After leaving College McInnerney worked as art editor of International Times until 1967 when he left to become a freelance designer. McInnerney’s work early work included designs for Osiris Visions, the album of Tommy by The Who, Nova and. His work has been exhibited at the Whitechapel Art Gallery, the V&A and Tate Liverpool, he has been the recipient of D&AD Silver and Joint Gold Award and a New Musical Express Record Cover Award.