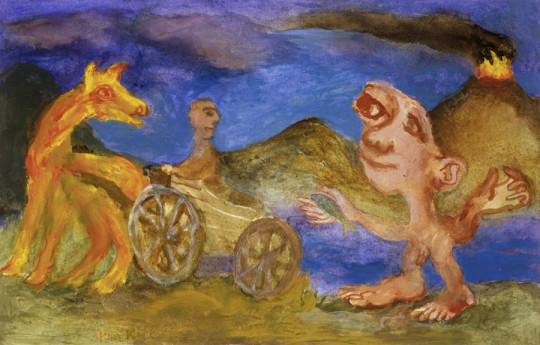 Ken Kiff was born in Dagenham in Essex, and studied at Hornsey School of Art in London. The people in Kiff’s work came from both his real world and the world of his mind. He had been helped by psychoanalysis during the late 1950s and early 1960s to come to terms with his imagination, in order to release it in a meaningful and creative way, to balance the outside world with the internal. Colour was the primary vehicle for his images, which he used in broad textured areas, scraping away and reapplying it, area and mass taking precedent over line and tone.