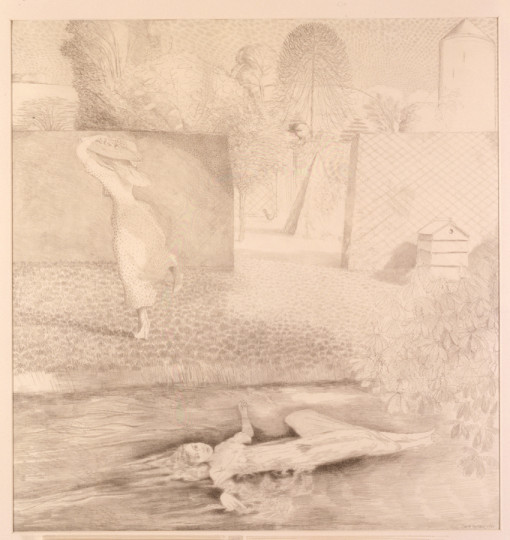 David Inshaw was born in Wednesfield, Staffordshire in 1943. He studied painting at Beckenham School of Art (1959-63) and the Royal Academy Schools (1963-66, under Perter Greenham) before travelling to Paris for six months under a French Government scholarship in 1964, organised by theYoung Contemporaries Exhibition in London in 1966.
He formed the Broadheath Brotherhood with Graham and Ann Arnold in 1972 developing his paintings, etchings and drawings which generally have a lyrical or rural feel that is quintessentially English. He taught painting and print making at the West of England College of Art in Bristol (1966-1975) and was appointed as Fellow Commoner in Creative Art at Trinity College, Cambridge (1975-77).
He has exhibited widely in the UK including exhibitions at the Arnolfini, Bristol (1969) and the Royal West of England Academy (2003). His work is included in several other public collections including Arts Council of Great Britain, City of Bristol Art Gallery & Museum, Sunderland Museum and Art Gallery and the Tate collection.