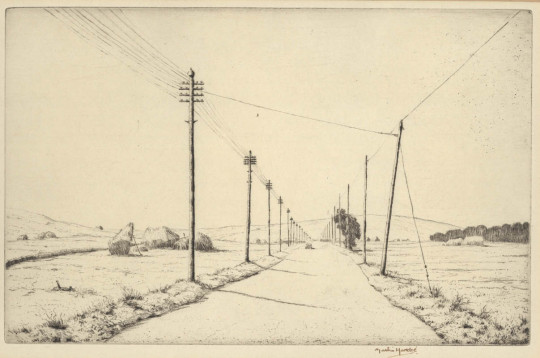 Martin Hardie was born in London. He studied at the Royal College of Art, London under Sir Frank Short whose influence can be seen in Hardie’s style and choice of subject matter: land or coastal scenes with low horizons. Hardie was appointed Keeper of Prints and Drawings at the Victoria and Albert Museum, London and through this post, and his influential writings on English watercolours and etchings, he led the revival of interest in the work of Samuel Palmer.