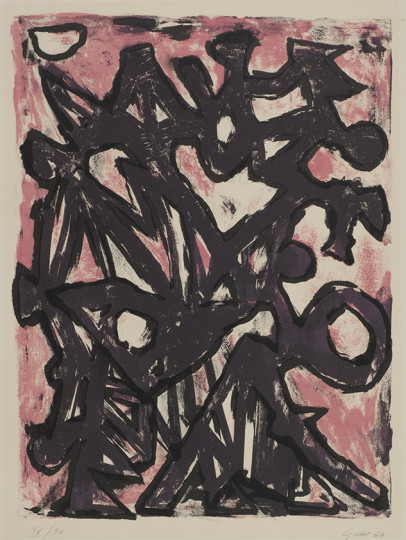 William Gear was born in Fife, Scotland; he studied at Edinburgh College of Art and later read history of art at Edinburgh University. In 1947 he went to live and work in Paris and became associated with the CoBrA group with whom he exhibited in Copenhagen and Amsterdam in 1949, the same year he exhibited with Jackson Pollack at the Betty Parsons Gallery, New York. He always considered printmaking to be an integral part of his work, and experimented with monotype and screenprinting techniques at an early stage in his career and printmaking remained closely allied to his painting.