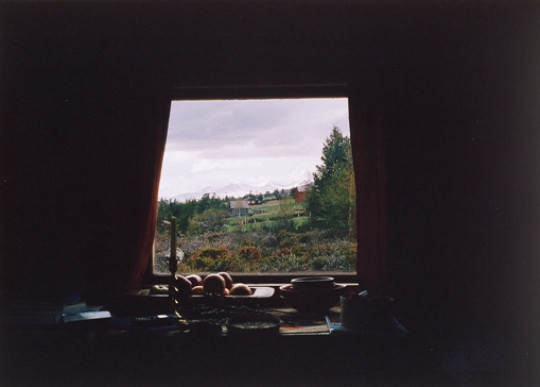 Fiona Crisp was born in Derbyshire in 1966. She gained her postgraduate degree at UCL in Fine Art and Media and her PhD at Slade School of Fine Art.

Her photographic work is influenced by her background in sculpture and she often uses home made cameras to ‘excavate’ found spaces and locations. The large scale, cinematic pieces she produces deal with the relationship between body and space.

Group exhibitions have included Stadt-München PhotoBiennale, München in 2000, Diari di Lavoro in 2001 at Galleria Nazionale d’arte Moderna in Rome, Phantasm at Market Gallery, Glasgow; You shall know your velocity at the Baltic Centre in Gateshead and Responding to Rome at the Estorick Collection, all held in 2006.

Solo shows included still films in 1999 at Camerawork, London and Fiona Crisp at Matt’s Gallery in 2000.

During her career she has taught at the University of Northumbria, Newcastle and as visiting lecturer and in many institutions including Camberwell, Slade School of Fine Arts, Winchester, Coventry, Sunderland and Newcastle.

She lives and works in Hexham, Northumbria.