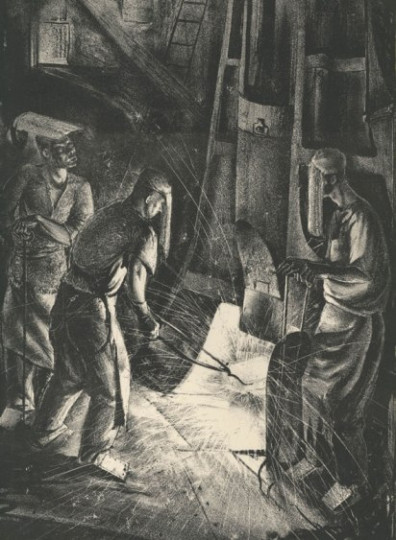 Leslie Cole was born in Swindon; he studied at Swindon Art School and the Royal College of Art, London. In 1942 he was appointed an official war artist and sent to Malta. After the war he taught at Central School of Arts and Crafts and Brighton School of Art. A major exhibition of his work was held at the Imperial War Museum in 1986.