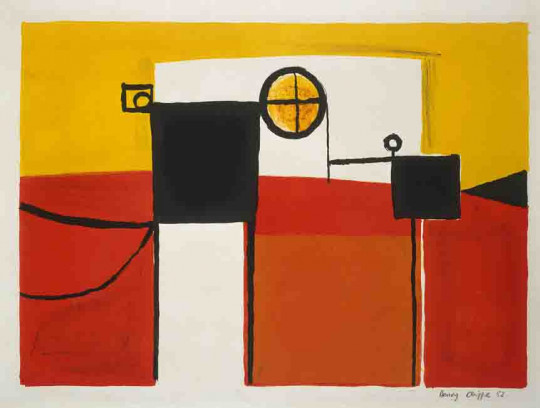 Henry Cliffe was born in Scarborough, Yorkshire, and studied at the local art school and at Bath Academy of Art. He ran the lithography studio at Bath from 1950 until his retirement in 1981. He was a regular exhibitor in international print exhibitions and in 1960 was one of five artists shown in the British Pavilion at the Venice Biennale. His early works seemed derived from both Surrealism and the neo-romantic English landscape school of the1940s. Throughout the 1950s Cliffe’s work became more concerned with the relationship between the human figure and the landscape and in 1959 a suite of lithographs on this theme was published by the St George’s Gallery, London.