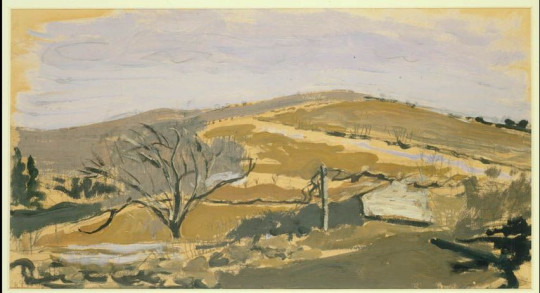 Rodney Joseph Burn was born in London in 1899 to a wealthy family and attended Harrow School before joining the Army during World War I.

After the war he successfully continued his studies at the Slade School of Art and was featured in a dedicated article in the Burlington Magazine while he was still a student.

After finishing his studies he held several teaching posts at the Royal College of Art, Camberwell School of Art and City and Guild Schools before and after the Second World War.

In 1931 he was appointed Joint Director of painting and drawing at the Boston Museum School of Fine Arts, in America.

Examples of his works are held by the Tate Gallery, the British Museum and in galleries in Bristol and Brighton.