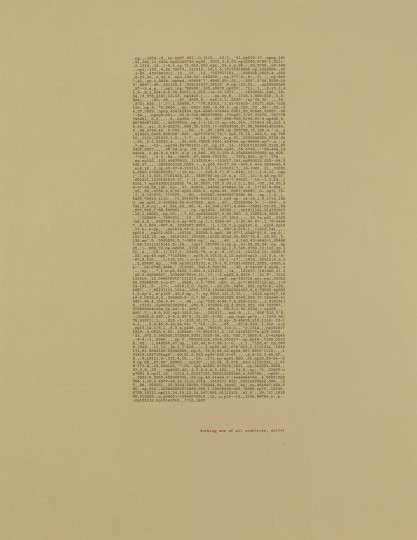 Stuart Brisley was born in 1933 in Haslemere, Surrey.

He attended Guildford School of Art, the Royal College of Art and Florida State University where his practise was mainly concerned with performance art and painting.

His extreme, physical and often disturbing performances centre around the idea of what it is to be human and he further explored emotional and psychological challenges on the human body through the creation of The Museum of Ordure. His tendency towards controversy made him an inspiration to the current generation of British Artists.

His works have been included in the British Council exhibition English Art Today 1960-76 and at Palazzo Reale, Milan, Italy in 1976. He was dedicated shows and retrospectives at the ICA in 1981, Serpentine Gallery in 1986 and South London Gallery in 1996.

Brisley achieved the unique honour of being the only member of staff to ever be elected by students at the Slade School of Art where he became professor of Media Fine Art Graduate Studies.

His works are represented in the Arts Council and British Council Collections and he currently lives and works in Spitalfields, East London.