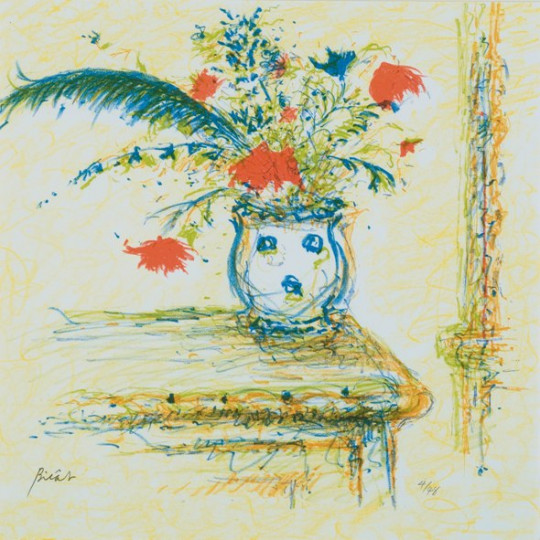 Born in Essex in 1909 to French and Anglo-Irish parents, André Bicât was an artist working in a variety of media, including painting and printmaking.

From 1966 to 1974 he was a tutor at the Royal College of Art and in the 1930s he worked extensively as a set designer for the theatre including a New York production of Murder in the Cathedral by T S Eliot and productions for Windsor Repertory Theatre and the Mercury Theatre.