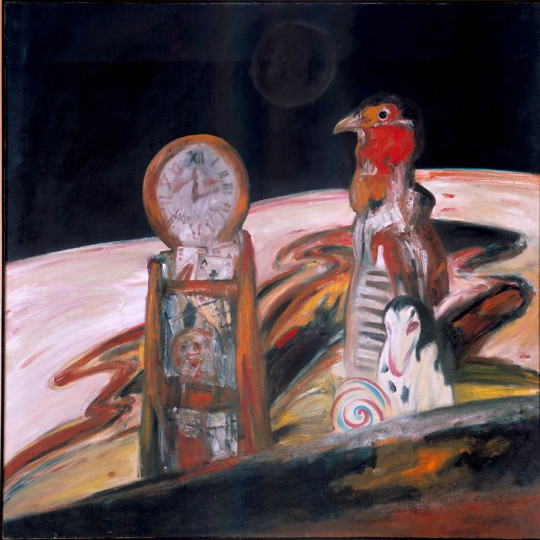 He grew up in a small fishing village where his father was a fisherman and many of the symbolic images he uses come from the sea: boats, birds, fish and other sea creatures.

Animals also appear in this symbolic language, sometimes with traditional meaning (Artist as Monkey), sometimes personal (Self portrait as Dog). Fate is represented by a clock or playing cards.

Throughout his career Bellany has portrayed, directly or obliquely, events in his own life. Portraits, especially self portraits, are central to his work, and include a series done in 1988 following his liver transplant operation. He was made a Royal Academician in 1991.