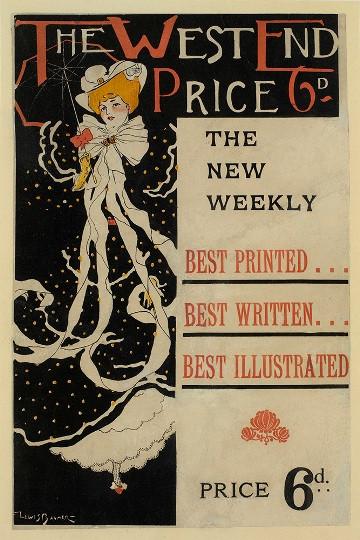 Lewis Baumer was born in London and studied at the St John’s Wood School of Art; and later at the Royal College and Royal Academy Schools of Art. His work for Cassel’s magazine represents an idiom of simplified poster design popular at the turn of the century. Baumer established a reputation as an illustrator in the 1920s, contributing drawings and cartoons to the magazine Punch and was a regular illustrator for other publications such as theGraphic,The Idler. He specialised in gently humorous drawings of the middle and upper classes. In particular his girl with cropped hair and wearing a short, striped dress was used to advertise Kodak cameras and may be said to personify an era.