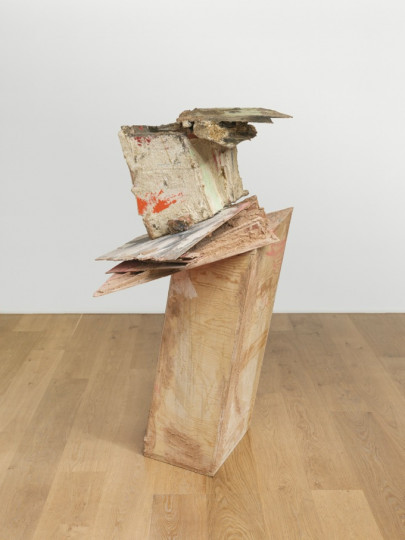 Phyllida Barlow was born in 1944 in Newcastle upon Tyne, England. Barlow studied at Chelsea College of Art (1960 – 1963) and the Slade School of Art (1963 – 1966). After joining the staff in 1986, Barlow taught at the Slade School of Art for more than twenty years before retiring in 2009 and is now Emerita Professor of Fine Art. In 2011 Barlow became a Royal Academician and in 2015 she was made a CBE for her Services to the Arts in the Queen’s New Year’s Honours.

Barlow was selected to represent Britain at the 57th Venice International Art Biennale and presents a solo exhibition at the British Pavilion from 13 May-26 November 2017, commissioned by the British Council.

Find out more about Phyllida Barlow: folly at the British Pavilion in Venice