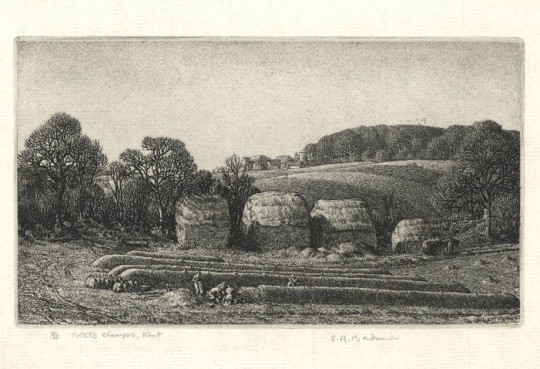 Stanley Badmin was born in London. He studied at Camberwell College of Arts and at the Royal College of Art from 1924-1928. He taught at various London art schools, including Central School of Arts and Design from 1954. His work was based on the English countryside and the rural way of life, worked mainly in watercolour and pen and ink. His engravings had a distinctive carefully wrought style. Badmin contributed to numerous books, including Trees in Britain, published in 1943 by Puffin Picture Books, periodicals, adverts and posters for London Transport and Shell amongst others.